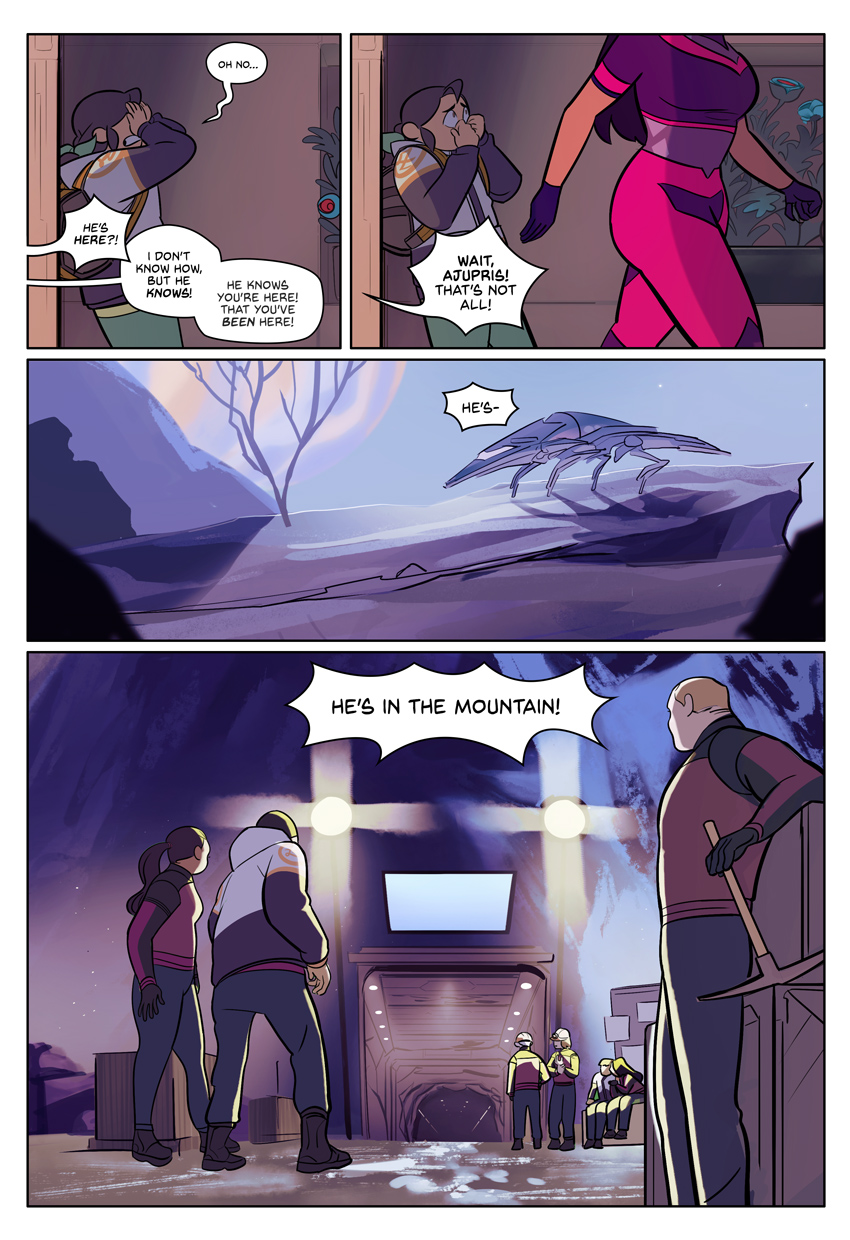 The Otherknown is a sci-fi webcomic about found family, time travel, and wisecracking robots!

When Demeck left the other side of DH-6 (not that long ago), it was "morning". But on this side, it's nighttime! Wonder if that messes with a person's head.

For a super interesting read (and an example of someone's extreme savviness with Space Engine, which by the way, I also recommend if you're doing a science-fiction thing and are interested in what your night/day cycles are going to look like!) here is a great post by stackexchange user Korvas which ended up heavily inspiring this view of DH-6 (and more still to come...) I found a few similar moons on my own in Space Engine to reference/get ideas from, but it's hard to top those pictures!!

One last thing, whatever you do, don't imagine that last panel as a face-