The Otherknown is a science-fiction webcomic created by Lora Merriman and published by Hiveworks, updating every Wednesday and Saturday at 11:00 AM CST. It has been running since April 2015 and currently has over 350 published pages. A list of content warnings is available, as well as an FAQ. It is recommended for a general teen-and-up audience.

Early pages, streams, and other extra content can be viewed on Patreon! 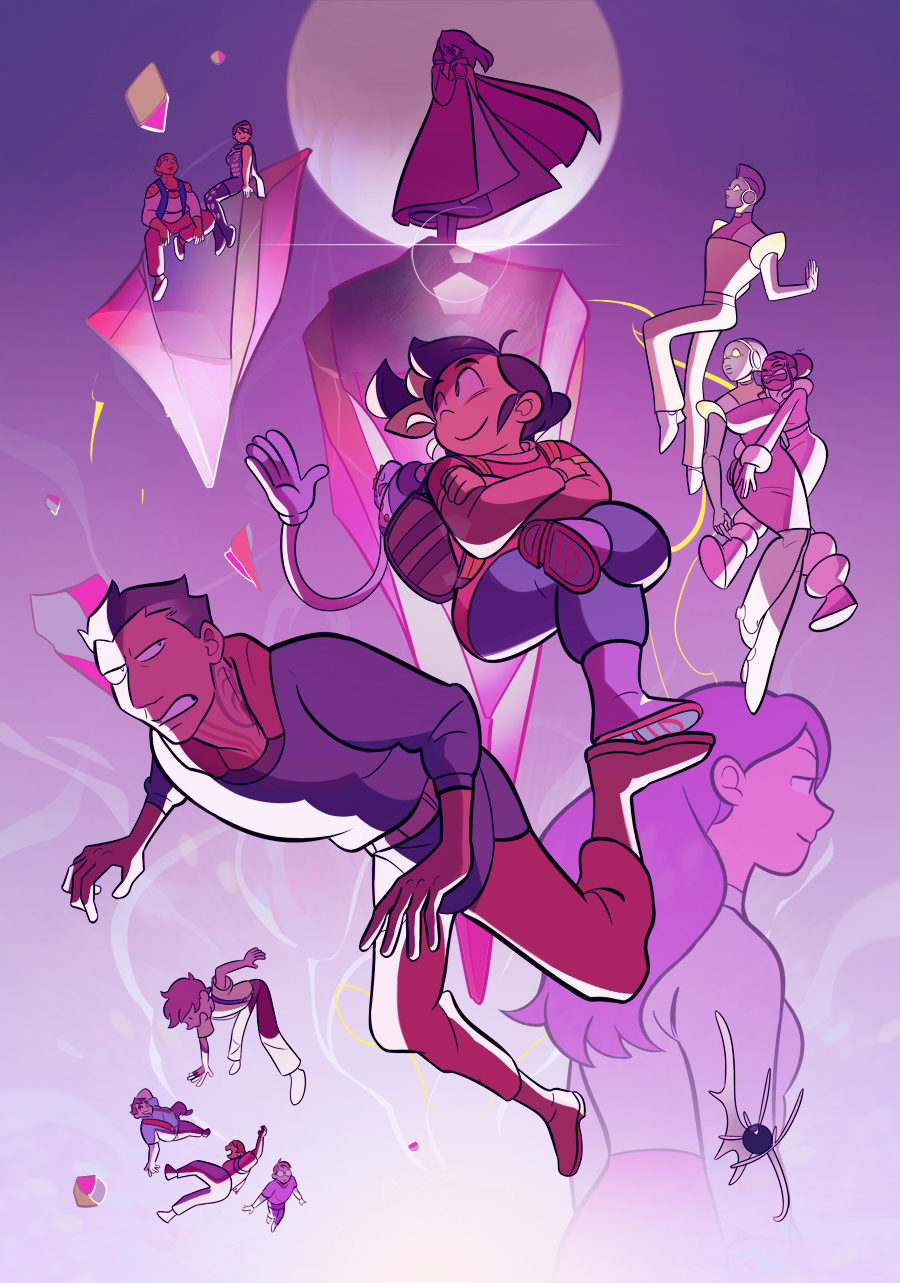 12-year-old Chandra (and her rich jewelry magnate aunt, Ajupris Lerazmine) have accidentally gone back in time. Now, they have one mission: to get their hands on the gigantic cache of the dangerous mineral that got them into this whole mess, chronotite, before it is officially discovered years in the future.

There's only one problem: the small moon where the chronotite is hidden is owned and operated by a corrupt galactic organization, A.I.D.E., and they'll have to pass the scrutiny of local administrator Mr. Demeck to get it. And even with knowledge of the future, there are some twists Chandra and her aunt can't predict.

THE AUTHOR
Lora Merriman is an Austin-based cartoonist and web designer. She can be reached at longlostlora@gmail.com, and can also be found on her personal portfolio website (longlostlora.com), and on her twitter and tumblr.
Privacy Policy